How Coronavirus has affected the Property Market: Thoughts from the Industry

The past few months have been a time of unprecedented change, with Covid-19 affecting us all personally, impacting every industry and indeed creating change around the globe. As we have started to settle into our new normal, I took the opportunity to meet up (virtually, of course) with a Monitoring Surveyor, Valuer, Lender and Solicitor to find out more about the effects Coronavirus has had on their businesses, work and the industry as a whole.

The Monitoring Surveyor of our discussion group noted that social distancing on sites had been adhered to, with minimal on-site staff showing them in and out. Access to materials such as plaster have been problematic, but with suppliers re-starting production they are confident that this will be remedied soon. Of their 30 live sites, only 2 saw a shut-down due to Coronavirus but all are now open, with one site having 22 parties lining up to view the units prior to completion. 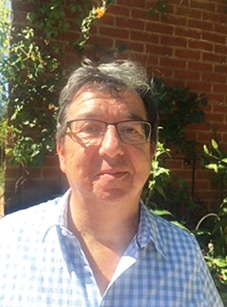 The Valuer in our discussion group has sent staff to sites, fully adhering to PPE requirements, but have found some tenants denying access. They have been able to continue to value properties, however and continue to be busy – with their industrial team being particularly in demand at present. The Valuer noted that PD schemes have mainly been retained as investments, with no current evidence of a major yield shift on larger developments. They have noted a significant uptick in quotes in the last two weeks, with cities outside London in particular picking up in activity. Sheds and beds are the key focus.

The Lender has seen somewhat less disruption in recent months, with only 1 out of 41 sites experiencing a Covid-19 related shut down and that site is now back up and running. Recent weeks have also seen an explosion of new enquiries coming in, reminiscent of the figures they last saw in February.

The Solicitor of the group mentioned that while refinances have been progressing as normal, site acquisitions saw the majority stalling albeit still moving along gradually. However, with 4 completions in the last two weeks, activity is picking up now with their residential property team very busy.

As we move into the next phase of lockdown, a ‘new normal’ will start to emerge. With a few months of working effectively from home under their belts, the Valuer in the group believed that their numerous offices and desks could be downsized in the future with less time in the office. The Solicitors and Monitoring Surveyor agreed with that thought to a lesser extent, believing that there would continue to be a need to have a communal working location. Wherever the location, on the whole, the group agreed that green shoots are starting to be seen within the industry and are cautiously optimistic that things are starting to move once more in the right direction.